Just over three years have passed since the death of Giacomo Tachis in 2016, but writing about him is still very demanding from the point of view of memories and emotions.
By Daniele Cernilli

He was simply the greatest of Italian winemakers and one of the most prominent figures on an international level.
There is, in fact, a “before and after Tachis” when we look at the oenologist’s work in Italy. Before Tachis there was a prevalence of defects. In an attempt to make drinkable and pleasant wines produced from grapes of less than excellent quality, the result of pre-Tachis viticulture favored quantity over quality due to elementary and sometimes insufficient technologies. We must remember that, in the thirty years between 1930 to 1960, the spread of very productive vines and viticulture systems aimed at achieving impressive quantities per vine became the norm in Italy. The focus was on a more chemical than physical oenology and the resulting wines were average at best.

Then came the advent of DOCs in 1963, the same year that a young winemaker, just thirty, Piedmontese but of Sardinian origin, joined Marchesi Antinori’s staff. At the time, Niccolò Antinori was head of the company, but his son Piero, 25, was already starting to take an interest in production. The meeting of those two young men, Giacomo Tachis, the Piedmontese oenologist, and Piero Antinori, the aristocratic vineyard owner, was the spark that ignited the beginning of what was then called the Tuscan Wine Renaissance.
A few years later the Tignanello project was born. Tachis had been sent to investigate and develop his skills in Bordeaux, at the court of Emile Peynaud. He acquired a deep understanding of the new oenological perspective that had been born there and he incorporated this learning into his work ever after. Macerations, the importance of malolactic fermentation, the use of small barrels and international vines such as cabernet sauvignon, became well-known and familiar elements to Giacomo Tachis’ oenological philosophy.

The groundwork was laid for the production of a great modern red in Tuscany, inspired by the neo-Bordeaux winemaking Tachis saw in France. Tignanello, the first Italian wine resulting from a specific wine and marketing project, was brought to life through the collaboration of Tachis and Antinori. This groundbreaking wine began as Chianti Classico Riserva of Podere Tignanello, released in 1974 using the 1971 harvest of sangiovese and other local varietals, excluding the white grapes that were required by the DOC denomination. Then came Tignanello Vino da Tavola, made purely from sangiovese. Finally, the debut of the sangiovese/cabernet sauvignon blend was released in 1975. To this day Tignaello continues to make its mark in the top ten of international wine lists, currently consisting of Tachis’ ultimate blend of sangiovese, cabernet sauvignon and cabernet franc.

At the same time as the emergence of Tignanello, Mario Incisa della Rocchetta, cousin of Niccolò Antinori, began to take an interest in elevating the wines produced at his estate in Bolgheri, on the Sassicaia estate. Niccolò proposed to distribute the Bolgheri wines with the Antinori sales force, but he wanted Tachis as head winemaker. So it was, and using the blending technique and ageing philosophy that was so successful with Tignanello, Sassicaia was created at the hand of Giacomo Tachis. First came 1968 version, recovered, according to Tachis, by “blending ’66, ’67, and, indeed, ’68,” to get at least six thousand bottles. Then, with that of the 70s, the second vintage of Sassicaia, using only the cabernet sauvignon grapes from the older vineyard.

The success of these two wines alone would be enough to make Tachis the father of modern Italian oenology.
However, he was not finished there and, following his retirement from Antinori in 1993, Tachis went on to make many more famous wines. Solaia, Cervaro della Sala (in close collaboration with Renzo Cotarella), San Leonardo, Sammarco, Vigna di Alceo, Chianti Classico of Castell’in Villa, Saffredi, Guidalberto, Brunello di Montalcino of Argiano, Camartina and Batar in Querciabella. Then Tur-row and Terre Brune in Sardinia, Rosso del Conte at Tasca d’Almerita, Milleunanotte and Ben Ryé for Donnafugata and Litra at the Abbey of Sant ‘Anastasia all in Sicily, as well as Il Pollenza and Il Pelago in the Marche are just a few of the prestigious wines Tachis created. With such an incredibly impressive and historic series of labels of great value and importance, Tachis’ achievements and the inspiration he provided for generations of winemakers to come, have clearly contributed more to wine in Italy than perhaps anyone else could ever dream of.

In his later years Tachis always preferred to deal with companies from the south, especially the islands. He often said, “If too much sun is bad for grapes, imagine what the rain can do….”  It’s just one of his dazzling jokes, the ones he was famous for. Of course we can say that he was a fundamental critical conscience and a great winemaker, who ennobled the profession decisively. He left behind a heritage and a monument for all those who have followed the same path and will continue to develop Italian wines of quality.

“Giacomo Tachis was an optimist because he believed in wine and was in love with it as well as its thousands of years of history.”

“The wine aged in barrique should not show the use of barriques ….. be careful with the use of wood.” 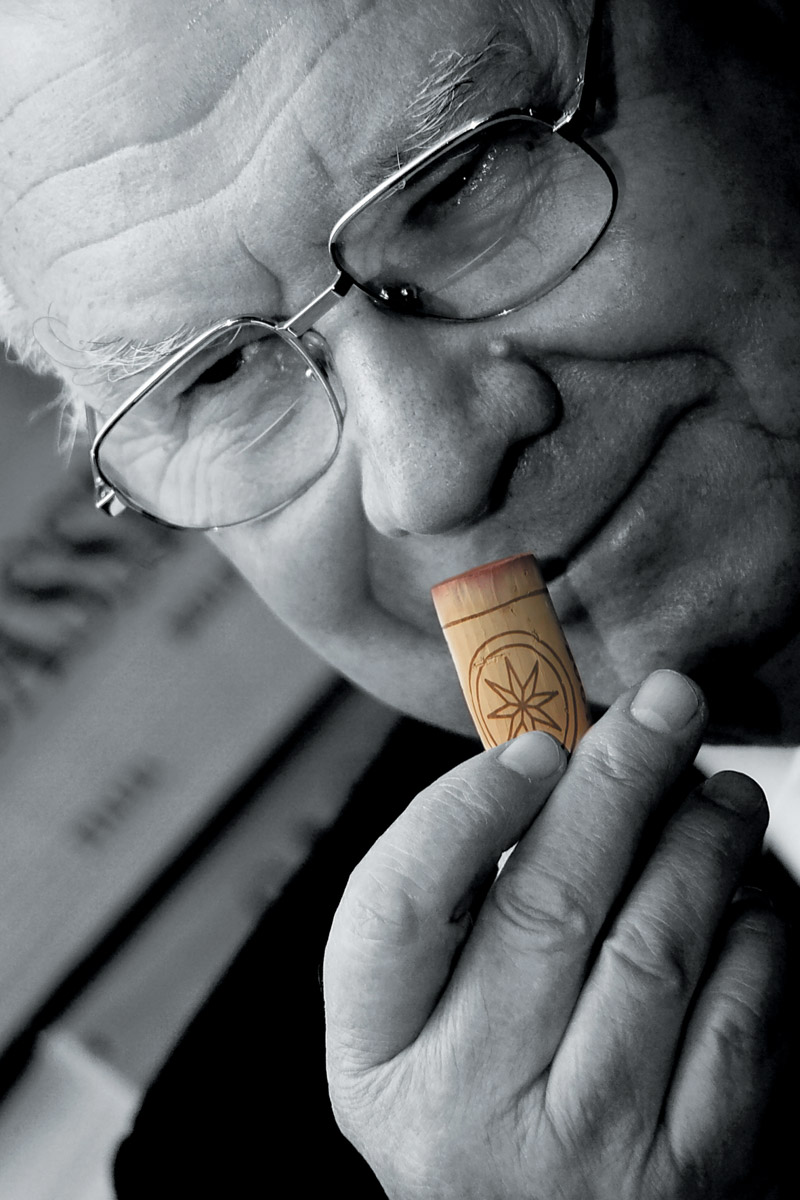 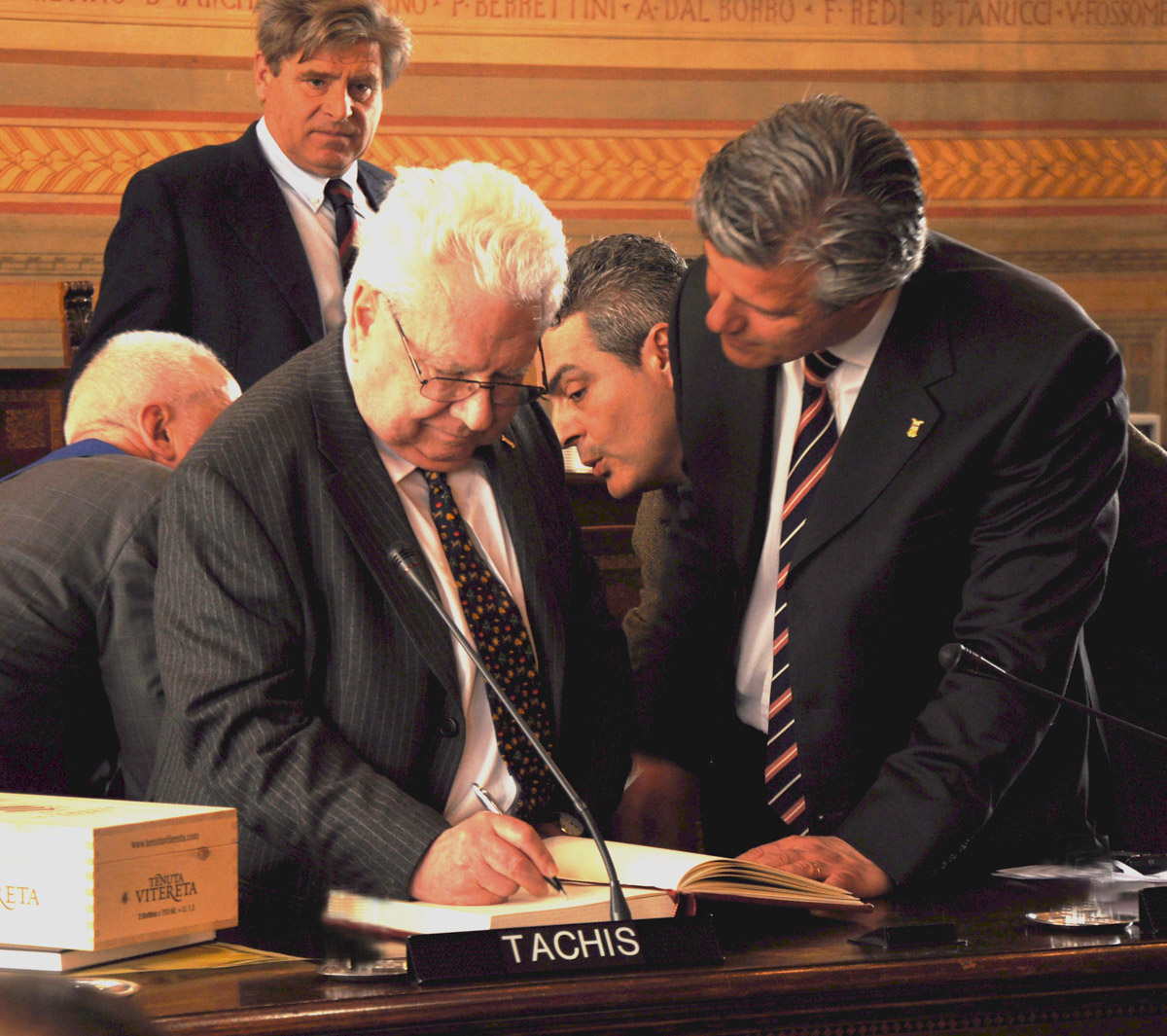 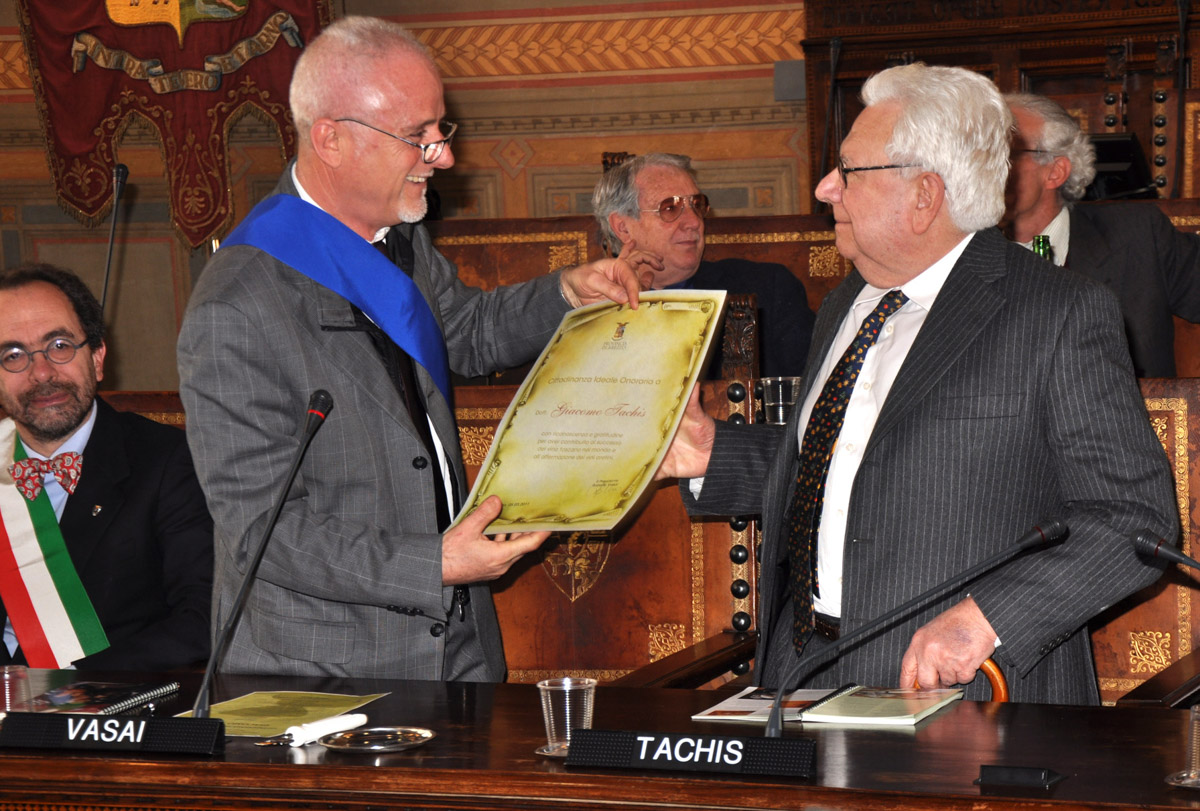 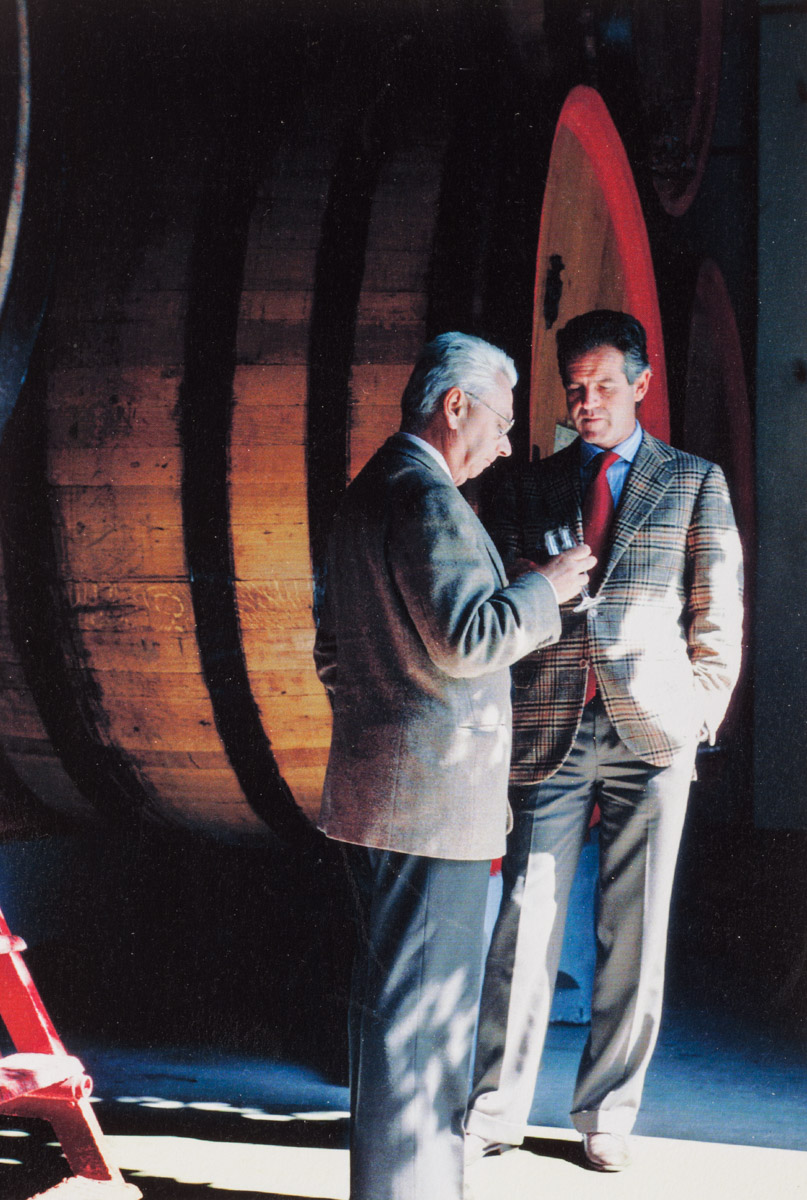 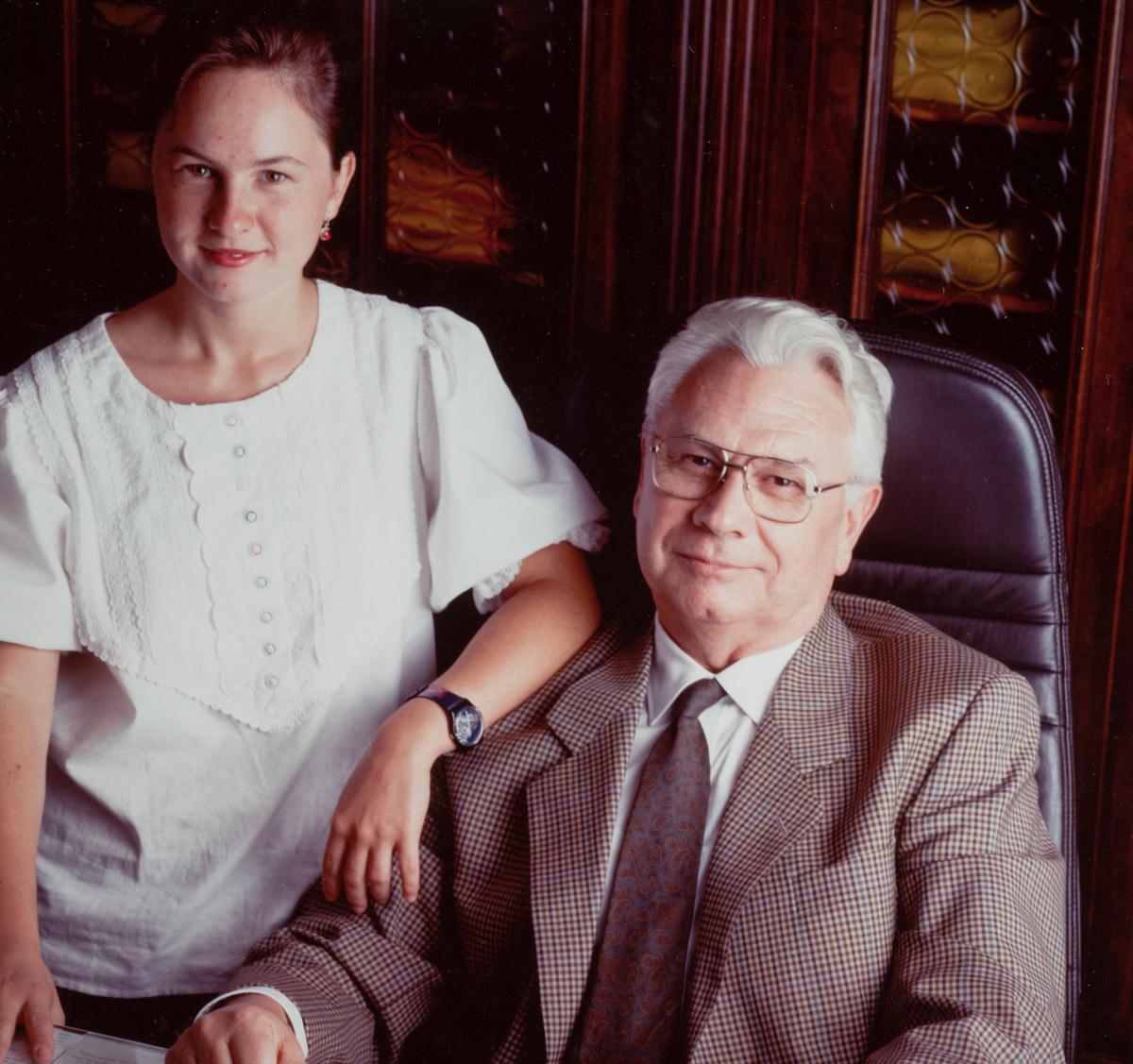 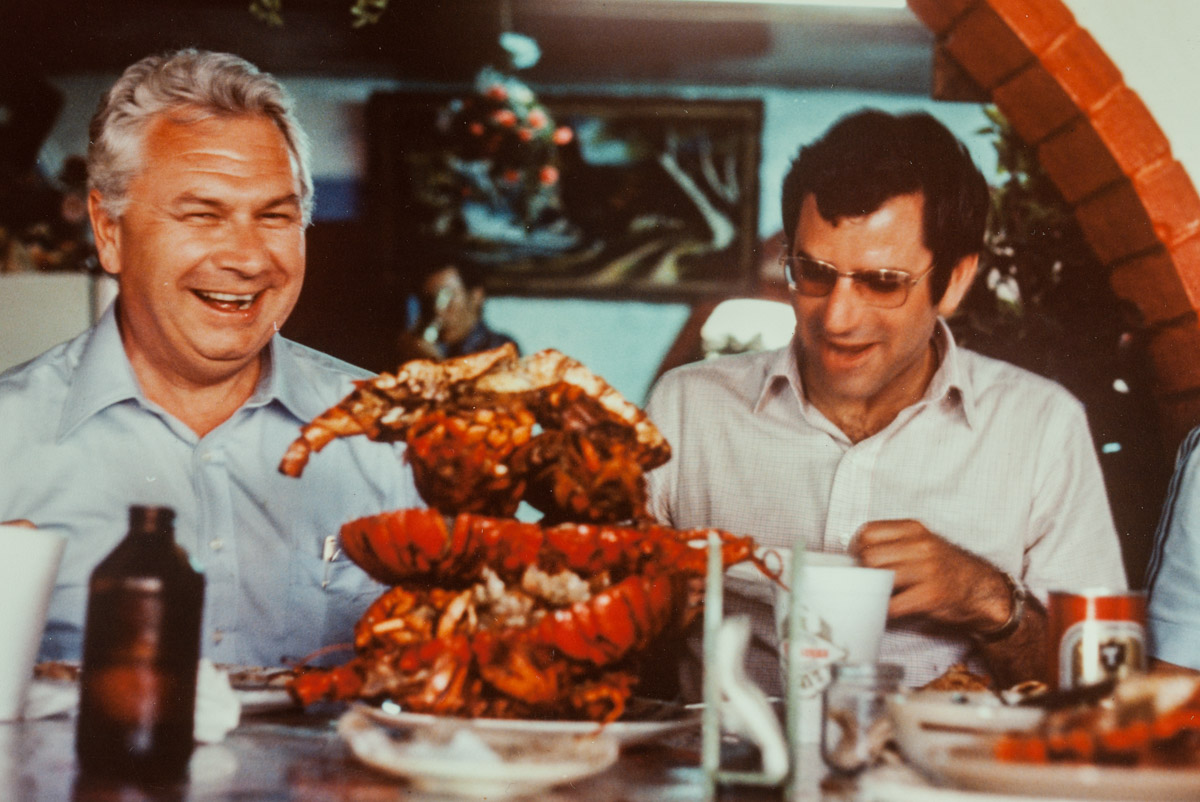 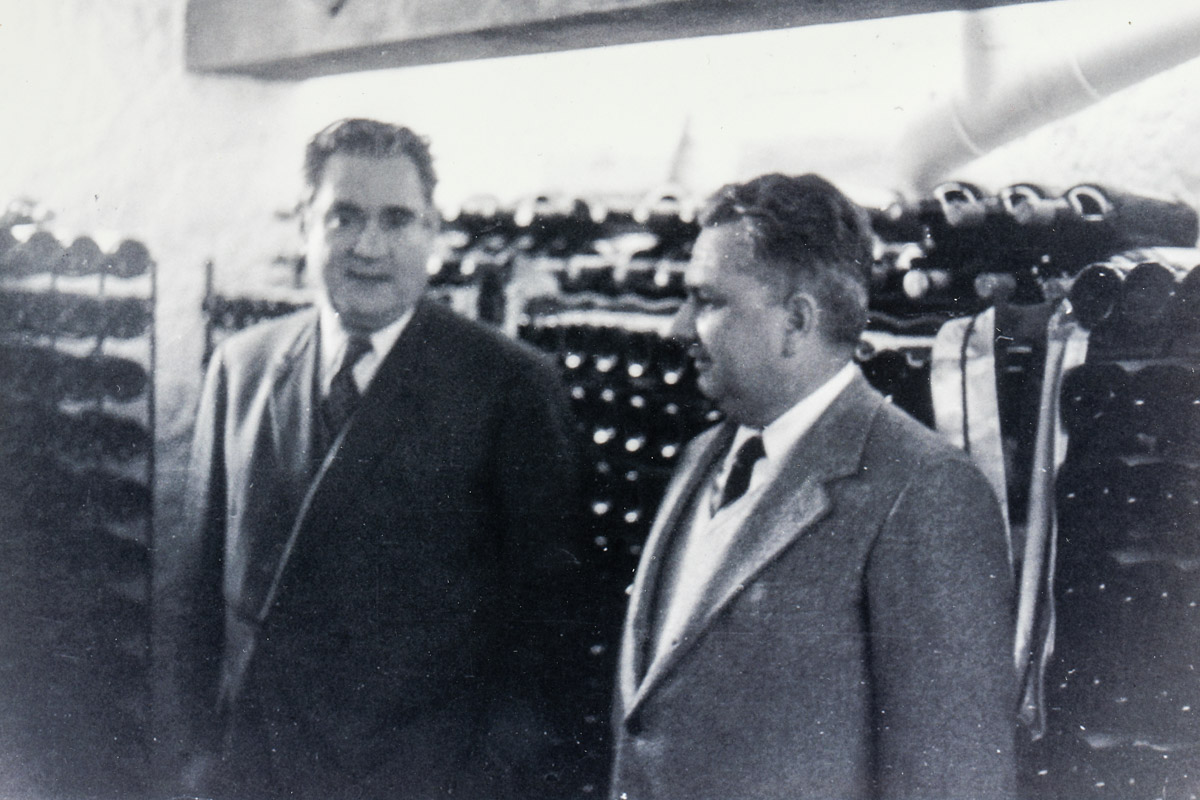