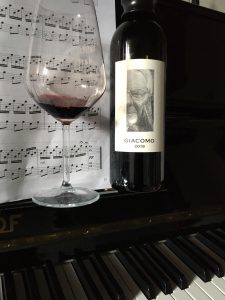 Given its proximity to Florence and its bird’s-eye view of the glorious red tiled roof of the oversized Duomo di Firenze, San Casciano in Val di Pesa is a world apart next to the other six comuni highlighted in this series of articles from Chianti Classico. More remote overall, the other villages are surrounded by woods and enclosed by hills. But San Casciano in Val di Pesa is practically a residential suburb of Italy’s Renaissance capital, located 15 kilometers from the city center, and it has been since the time of Machiavelli and Michelangelo.

On the crest of a hill, looking over the southern half of Florence, San Casciano in Val di Pesa occupies one of the most beautiful spots I can think of in Tuscany. This fact did not go unnoticed in the 15th century when wealthy merchants and noble families selected these hills for their summer villas. Today, San Casciano in Val di Pesa is an open-air museum that showcases some of the most lavish and elegant architecture of the Florentine Renaissance.

These princely palaces and villas with enormous property parcels on the outskirts of Florence also served important agricultural roles. The south- and west-facing hills were reserved for vineyards. Olive groves and orchards were planted in other areas. Vaulted villa cellars were used for fermenting and storing wine, and most have built-in facilities for pressing olive oil. San Casciano in Val di Pesa’s reputation for wine and olive oil grew over the centuries, and both productions drive much of the local economy today along with tourism.

The vineyards of San Casciano in Val di Pesa see abundant light, open spaces and long horizons. The land attens north of here toward the basin that houses the city of Florence and eventually tapers out to the west in the direction of the Tyrrhenian Sea. The comune benets from breezes and brisk exchange of air, with slightly lower elevations that warm up considerably during the summer months.

The parts of the comune that are inside the Chianti Classico production zone are criss-crossed by various streams and torrents that divide the grape growing area into smaller subzones. Generally speaking, the vines are planted between 150 and 450 meters above sea level, and the soils tend to see lots of alluvial material and gravel.

To draw a few generalizations on the wines, San Casciano in Val di Pesa is characterized by accessible and open-knit expressions of Sangiovese that are a great choice for near- and medium-term drinking. The style prioritizes dark fruit, lots of ripe cherry and blackcurrant with earthy notes and some tarry spice. Compared to Gaiole in Chianti or Radda in Chianti that tend to display more structure, sharpness and mineral etchings, San Casciano in Val di Pesa turns out soft wines with medium-rich textural ber and lots of sweet fruit.

Any cookies that may not be particularly necessary for the website to function and is used specifically to collect user personal data via analytics, ads, other embedded contents are termed as non-necessary cookies. It is mandatory to procure user consent prior to running these cookies on your website.